Bringing 'Hope' to the world's impoverished 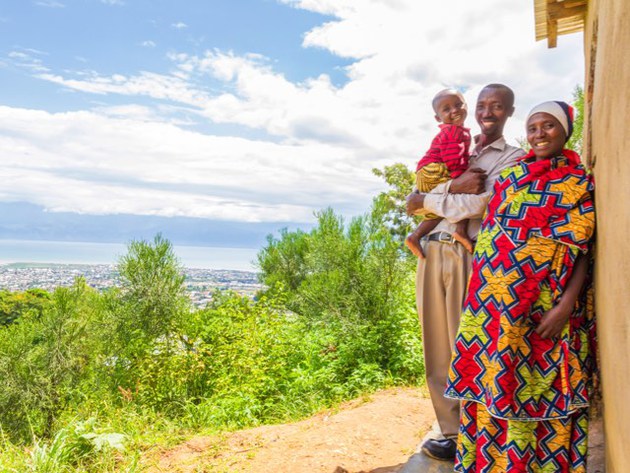 In the East African country of Burundi, poverty abounds. But a couple with six children takes out a loan from the savings group to which they belong to expand their small farm and tailoring business.

In Moldova, one of the poorest countries in Europe, a woman uses a small loan to build a greenhouse. The produce she grows helps her provide for her 15-year-old daughter and 21-year-old son.

As we celebrate Thanksgiving in America, it bears reminding just how fortunate most of us are. Consider that, according to Hope International, some 2.2 billion people around the world live on less than $2 per day.

Rutt’s name might not be familiar to you, but you’ve probably heard of his for-profit business: Keystone Custom Homes, which is one of the largest independent homebuilders in central Pennsylvania.

In the early 1990s, Rutt and other members of his church traveled to Ukraine, bringing containers of food, clothing and medical supplies with them.

After several trips, however, a local pastor told Rutt that his community had grown dependent on American charity. “The well-intentioned aid shipments were actually doing more harm than good by depressing local industry and initiative,” according to Hope’s website.

Rutt did some research and seized upon the concept of “microenterprise development” to help lift people out of poverty. From 12 small loans in the Ukraine, Hope International has grown to serve more than 800,000 clients in 17 countries.

Hope’s mission is to alleviate physical and spiritual poverty by investing in the dreams of families in the world’s under-served communities. Its method, according to the organization, is to provide biblically based training, savings services and loans that restore dignity and break the cycle of poverty.

Initially, Hope focused on microloans. These loans typically are for $100 to $200, enough for a family to develop a small business to meet its food, schooling, clothing needs.

In the past five years, according to Hope’s 2014 annual report, 98 percent of the loans in the Hope network have been repaid. But these days, those who only borrow through the network comprise just 1 percent of clients.

One-fourth of clients borrow and take advantage of savings services, and 74 percent of families only save.

Peter Greer, president and CEO of Hope International, noted in a blog post that the notion of small loans lifting everyone out of poverty proved to be false. In fact, he said, a person could become worse off if he or she used capital for “unhelpful or irresponsible consumption spending.”

But while not everyone needed a loan, Greer wrote, everyone should save. He also said microfinance institutions have to invest in their clients, such as by providing resources and training opportunities.

“At Hope, we take this one step further by investing in clients’ spiritual lives, knowing the transformation that is possible through a relationship with Jesus,” he wrote.

But by knowing this and “creatively linking” with other organizations, Greer said, positive change will occur.

It has for the couple in Burundi whom we mentioned in the opening of this post (and who are shown with one of their children in the photo at the top of this post). Through their church, they joined a savings group in partnership with Hope International.

They saved $6 per month and used a $120 loan to rent more farmland and buy seeds. They realized a crop surplus, which they used to pay off the loan and begin building a new home. With another loan, the husband bought two more sewing machines for his tailoring business. By renting out the machines, he brings in more money for his family.

“Really,” the husband said, “there is a remarkable change!”