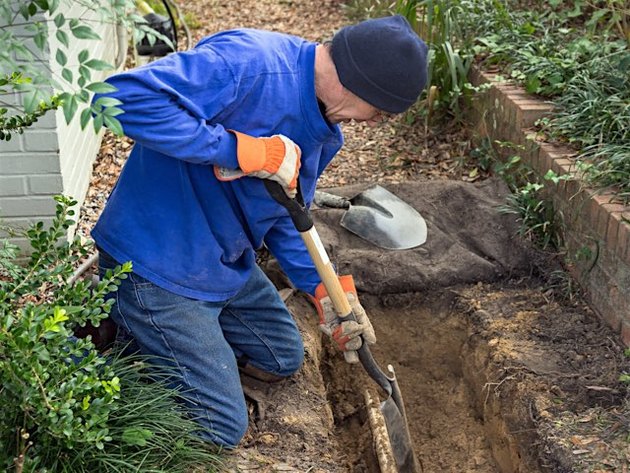 A letter from Pennsylvania American Water began with a series of bullet points, the first of which noted that one of the recipient’s neighbors “recently had their water pipe repaired.”

The letter, which arrived in a residential mail box in Hershey, promoted a water line protection program offered by an affiliated company, American Water Resources.

You’ve probably received a similar offer – or even many of them from multiple companies – and wondered whether you should act. Is water line protection necessary, you may have thought, or even a real thing?

The Dallas News offered an answer in its own story: “It’s not a scam; it’s a gamble.”

The gamble is whether the exterior water service line that runs from your house to a utility-owned water meter at the street is going to wear out or break. A water line problem, Pennsylvania American notes in its letter, could result in property damage, low water pressure, unusually high water bills.

And as the homeowner, you might be responsible for repairs that could run to thousands of dollars.

Tracy Hartman, personal lines agent for Advanced Insurance Solutions, explained that once a water line leaves your house, it generally is not covered under your homeowner’s insurance policy.

American Water Resources offers water line protection for $5.50 per month ($66 annually) for up to $5,000 in covered repairs, based on the Hershey mailing. (Among the repairs not covered by AWR are “Anything caused by natural acts or disasters, such as earthquakes, floods or sinkholes,” or any interior pipes beyond the main shut-off valve inside your home.)

But is it necessary? Experts say that if you live in a relatively new neighborhood, then you are at low risk for a water line problem.

“Short of a line completely wearing out due to old age, the big threat to water and sewer lines in residential yards is tree roots,” according to the Post and Courier newspaper in Charleston, S.C. “Otherwise, the estimated life expectancy of a water line is about 50 years.

“Someone with a long distance between their house and water meter, and a yard full of trees, would clearly face more risk of breakage than someone with 20 feet of water and sewer lines sitting beneath a grass lawn. So, evaluate your own risk before signing up.”