Distracted driving is dangerous to driver, passenger and bystander - all of the time 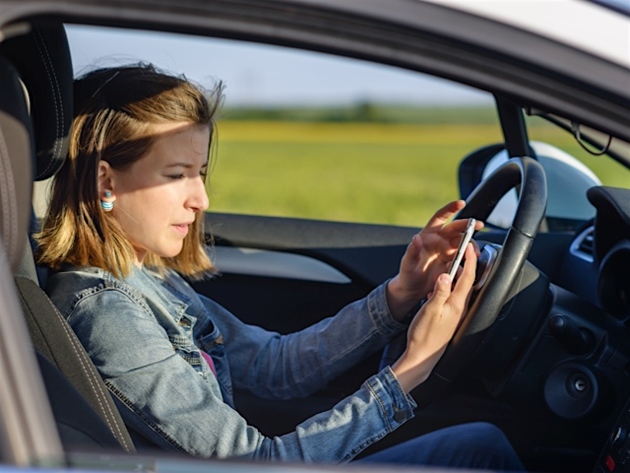 No doubt you’ve passed another driver who appeared to be focused more on his smart phone than on the road ahead. Then again, maybe you’ve done the same thing.

It is what’s known as distracted driving, which comprises any activity that could divert a person’s attention away from the primary task of driving. Other examples include eating and drinking, talking to passengers, grooming, reading (including maps), using a navigation system, watching a video, adjusting the radio, CD player or MP3 player.

But according to distraction.gov, the official U.S. government website for distracted driving, by far the most dangerous form is text messaging because it requires visual, manual and cognitive attention from the driver.

Just how dangerous? Five seconds is the average amount of time that your eyes are off the road while texting. It might not sound like much, but at 55 mph it’s enough time to cover the length of a football field.

But that doesn’t begin to tell the worst part of the story. In 2014, collisions involving distracted drivers claimed 3,179 lives and caused approximately 431,000 injuries in all 50 states, the District of Columbia and Puerto Rico.

Other reports put the number of annual deaths as the result of distracted driving at 5,000. According to the U.S. Department of Transportation:

“A 2014 study by the American Automobile Association Foundation, based on actual behavior rather than law enforcement reports, found that distraction due to cell phone use is much more prevalent than is reflected in official government statistics.”

The AAA Foundation for Traffic Safety, as it is formally known, analyzed nearly 1,700 crash videos involving teen drivers (click here to view some of the videos). The study found that six out of 10 crashes involved distracted driving, with interaction with one or more passengers (15 percent) and using a cell phone (12 percent) being the most common forms.

Experts say that all distracted driving is dangerous -- for every driver, passenger and bystander -- all of the time. And it’s not just limited to when a car is in motion, either.

The AAA Foundation cited the latency effect associated with texting while stopped at a traffic light. Once the light turns green, “full driving engagement” can be negatively affected for an average of 27 seconds after you’ve stopped texting.

Given that distracted driving is preventable, what can you do to help reduce it?

“Stop the Texts. Stop the Wrecks.,” a partnership between the NHTSA and the Ad Council, offers these tips:

Designate a texter: “Borrow thumbs from a friend or lend yours to a friend. Passengers get the privilege of texting while in motion.”

Find your app: There are smartphone apps designed to help you stop texting and driving. For instance, one app locks the phone when a car is moving at 5 mph or greater.

Silence is golden: Turn off notifications on your phone. The less you hear your phone, the less tempted you will be to respond while driving.

Out of sight, out of mind: When you’re in the driver’s seat, put your phone where you can’t get to it, a place where you won’t even be tempted to look for it.

Kelly Browning, executive director of Impact Teen Drivers, a California nonprofit, noted the need to change our behavior behind the wheel.

“We need to keep both hands on the wheel, both eyes on the road, and our minds on driving,” Browning said. “Focus on the road ahead to get to where you’re going safely – we all have loved ones counting on us.”