Odds are you won’t be struck by lightning, but these steps can keep your family even safer 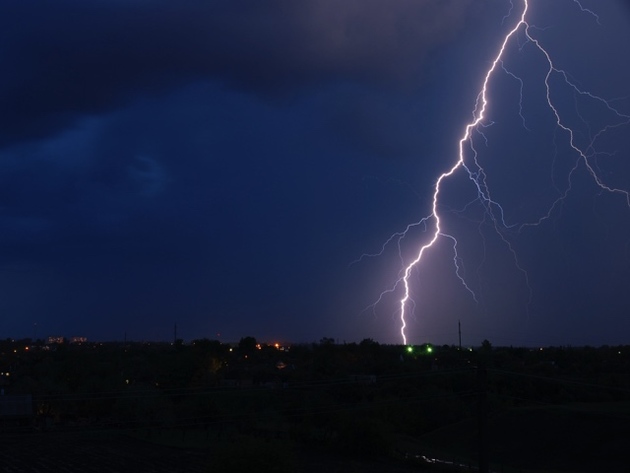 Benjamin Franklin was in Philadelphia when, with the help of a key and a kite, he proved that electricity and lightning were one and the same. It also was in the City of Brotherly Love that Franklin invented the lightning rod to prevent damage to buildings.

Still, it is important to understand that the risk of being struck by lightning in your lifetime is remote, something like 1 in 12,000. And safety efforts have helped to reduce fatalities in recent years, to a low of 23 in 2013.

Part of the challenge is overcoming myths about lightning that many of us learned when we were growing up, including these examples offered by Erie Insurance:

MYTH: Lightning never strikes the same place twice. That’s just not true. Consider the Empire State Building in New York City, which might be struck by lightning a dozen times in a single storm.

MYTH: Lightning only strikes the tallest objects. “Lightning is indiscriminate and it can find you anywhere,” Erie Insurance noted. “It hits homes instead of trees, people instead of nearby telephone poles, and homes and businesses instead of skyscrapers.”

MYTH: If you don’t see clouds or rain, you’re safe. In reality, lightning can strike 10 miles from a thunderstorm, hence the expression, “a bolt from the blue.”

Your best bet during a lightning storm is to seek shelter, as recommended by Erie Insurance and the National Weather Service.

IF YOU ARE OUTDOORS:
• Run to a safe building or vehicle (a tent offers no protection) when you first hear thunder, see lightning or observe dark, threatening clouds.
• Stay inside until 30 minutes after the last thunder clap.
• Do not shelter under trees.

IF YOU CAN’T GET INDOORS:
• Avoid open fields, the top of a hill or a ridge top.
• Stay away from tall, isolated trees or other tall objects. If you are in a forest, stay near a lower stand of trees.
• If you are in a group, spread out to avoid the current traveling between group members.
• If you are camping in an open area, set up camp in a valley, ravine or other low area. Remember, a tent offers no protection from lightning.
• Stay away from water; wet items, such as ropes; and metal objects, such as fences and poles. Water and metal do not attract lightning, but they are excellent conductors of electricity.

Lightning causes millions of dollars in property damage each year just in the United States. The Insurance Information Institute noted that damage caused by lightning, such as fire, is covered by standard homeowners and business insurance policies.

Some homeowners install lightning protection systems, which are designed to intercept a lightning strike and keep the home and its occupants safe from dangerous electricity.

It’s a modern take on the lightning rod that Ben Franklin invented hundreds of years ago in Philadelphia.