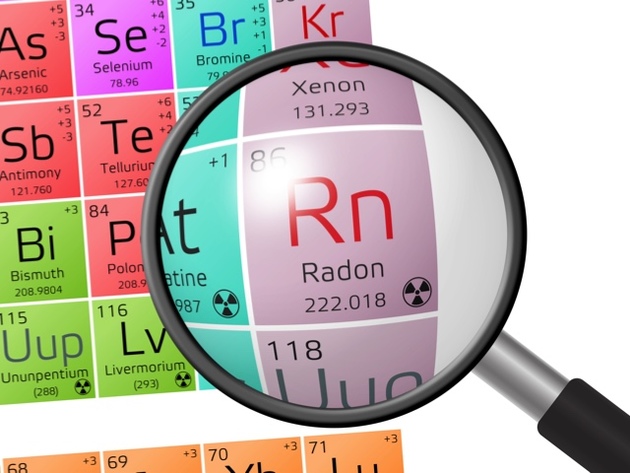 In 2014, a home in Lehigh County, Pa., was found to have the highest radon level ever recorded in the United States.

The concentration was more than 900 times greater than the U.S. Environmental Protection Agency's action level of four picocuries per liter. A picocurie is a measure of the rate of radioactive decay of radon; at four picocuries, homeowners are urged to take action to reduce the radon level.

If you live in Pennsylvania, your home easily could exceed the action level, too. The average residential radon level in the Keystone State is seven to eight picocuries per liter.

But what is radon?

Radon is an invisible, odorless and tasteless gas released by the normal decay of the elements radium, thorium and uranium, which naturally exist in rocks and soil. As the gas ages, it decays into radioactive particles that can be inhaled into the lungs.

An estimated 15,000 to 22,000 lung cancer deaths annually in the United States are directly linked to radon exposure.

One in 15 homes in the United States has a radon problem, regardless of age or location. Dauphin and Lebanon counties, for instance, are in the EPA's Zone 1, meaning they have predicted average indoor screening that exceeds four picocuries per liter.

Because radon comes from the ground, the highest radon levels often are found in a home's basement or ground floor. Radon often enters through cracks in floors, walls or foundations. Other sources include cavities in walls, gaps around pipes, building materials used in home renovations and well water.

Radon levels generally are highest in homes that are well insulated and tightly sealed, conditions that make it difficult for radon to escape.

Not so coincidentally, the winter months are the best time to test for radon because doors and windows typically are closed and tightly sealed, according to the Pennsylvania Department of Environmental Protection.

And testing is the only way to determine whether your house has an elevated concentration of radon. The test kit is suspended at the lowest level of the home for three days, sealed and mailed to a laboratory, which mails the results to the homeowner.

Kits typically cost $15 to $25; in Derry Township, kits are available for $7.42 at the administration building, Parks and Recreation, and Hershey Public Library.

In Pennsylvania, the Real Estate Seller Disclosure Act requires sellers to disclose the results of any known radon testing.

If radon is found at an elevated level, one short-term step is to increase the ventilation and limit the amount of time that family members spend in rooms where the radon detector indicates a high level.

Long-term, you can purchase a radon-reduction system, which can reduce radon levels by up to 99 percent. These systems cost approximately $1,000.

Most homeowner insurance policies don't cover the costs of radon testing or remediation, as they are considered home maintenance issues.

For more information, download a free copy of the EPA's "A Citizen's Guide to Radon."