Don’t get distracted by the drive toward autonomous vehicles 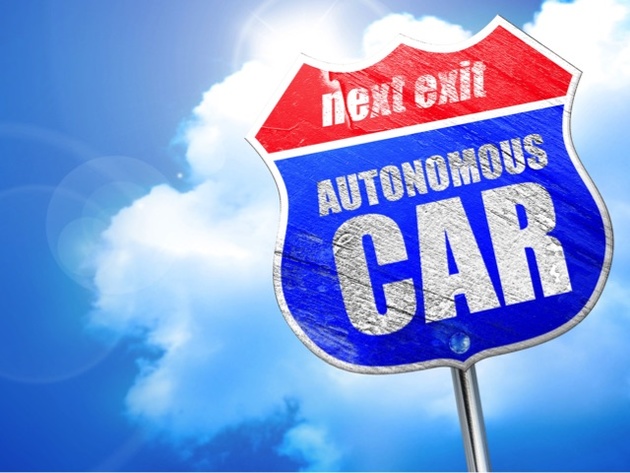 In the movie “Anchorman 2,” four members of the KVWN-TV Channel 4 news team are riding in the back of an RV, reminiscing about times spent together.

Fantana informs Burgundy that cruise control regulates speed but doesn’t steer, just before the driver-less vehicle careens across highway lanes and rolls over. (Hot grease, bowling balls and a scorpion add insult to injury as bodies fly in slow motion.)

The hilarious scene comes to mind relative to a 2017 survey about self-driving, aka autonomous, vehicles commissioned by Erie Insurance.

The nearly 3,000 licensed U.S. drivers polled probably know the limits of cruise control. But a healthy percentage of them may be overly optimistic about the potential for autonomous vehicles, at least in the relatively short run.

Some 19 percent said they would use the extra time afforded by autonomous driving to sleep or nap; 27 percent figured they would read; 34 percent plan to check or send email.

Maybe someday, but that future appears not to be imminent. Right now, those activities remind us of the distracted drivers who make roads dangerous. (While cell phone use ranked second among distractions involved in fatal car crashes, Erie Insurance found, the runaway No. 1 (62 percent) was drivers daydreaming.)

Human error, according to the National Highway Traffic Safety Administration, is a factor in 94 percent of car crashes.

“While we believe that fully autonomous vehicles will greatly reduce that number, it’s hard to predict how soon they will be widely available,” said Cody Cook, Erie Insurance vice president and product manager of Erie Insurance’s auto department.

“Current technology is going a long way to keep us safer on the road, but the last thing we want is for people to become over-confident as this technology continues to evolve. Unfortunately, our survey finds that many people are getting ahead of themselves – making plans for what they’ll do in the car instead of paying attention to the road.”

As it stands, driver-less technology still depends on humans. In Pittsburgh, ride-sharing company Uber has been testing as many as 100 autonomous vehicles since fall 2016; each one has two people on board, ready to take control.

An NPR story on the Pittsburgh experiment described “painfully slow turns” and an inability to detect right turns on red when the car is left to its own devices. It took a person to steer a car around a row of ducks crossing a road.

The fact is, no one knows for sure where the drive for autonomous vehicles will lead.

It has helped make Pittsburgh “a hub for robotics and autonomous vehicle research,” as a New York Times article described the city. Besides Uber, Ford has invested $1 billion in Pittsburgh-based Argo AI, a driverless technology company.

Three-fourths of us drive to work alone, and our commute times have only increased in the past four decades: from below 22 minutes in 1980 to 26.4 minutes in 2015. All it takes is “one little touching of the break” to create a traffic jam, an NPR story noted, a level of sensitivity that driverless technology presumably would overcome.

“If the road is less congested, more people are going to be attracted to that road, and so basically it will become congested because it’s supply and demand.”