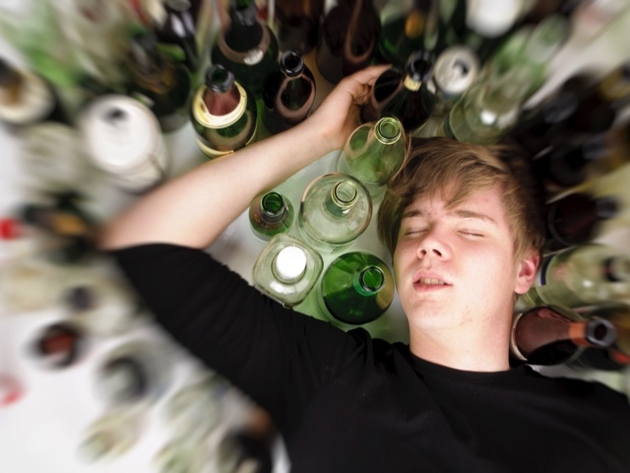 It turns out that the famed “Freshman 15” is fiction, for the most part.

Contrary to the notion that the average first-year college student gains 15 pounds, an Ohio State University study found that 2.4 (women) and 3.4 (men) pounds were more typical.

Heavy drinking was the only factor that made a significant difference in weight gain, which brings us to a more important number for freshmen.

Experts say the first six weeks of college mark a critical point in the post-secondary experience when it comes to heavy drinking and “alcohol-related consequences.”

And a small weight gain is nothing like the problem that alcohol is on college campuses.

Drinking by college students ages 18 to 24 contributes to an estimated 1,825 student deaths; 696,000 assaults by another student who has been drinking; and 97,000 cases of sexual assault or date rape each year, according to the National Institute on Alcohol Abuse and Alcoholism (NIAAA).

There are academic consequences, too, including missing class, falling behind, performing poorly on exams and papers, and receiving lower grades overall.

Of course, alcohol abuse can have insurance implications, too. A conviction for driving under the influence, for instance, will increase insurance rates.

Tracy Hartman, personal lines agent and operations manager for Advanced Insurance Solutions, noted that most preferred insurance carriers will cancel or non-renew policies if a driver on the policy has a major violation.

“In some instances,” she said, “the carrier may opt to simply exclude a driver.”

Thirty-eight percent of college students engage in binge drinking: for males, that’s five or more drinks, for females, four or more drinks, at the same time or within a few hours of each other

Most students arrive at college already having had some experience with alcohol, but problems can intensify within “certain aspects of college life, such as unstructured time, the widespread availability of alcohol, inconsistent enforcement of underage drinking laws, and limited interactions with parents and other adults … .”

Student expectations and social pressures can make the first six weeks a vulnerable time for heavy drinking and alcohol-related consequences.

Parents can play a significant role in whether a student drinks. Students who abstain from drinking, research shows, often do because their parents discussed the negative consequences of alcohol use.

NIAAA offers these ways in which parents can help:

• Talking with students about the dangers of harmful and underage college drinking — such as the penalties for underage drinking, and how alcohol use can lead to date rape, violence, and academic failure.
• Reaching out periodically and keeping the lines of communication open, while staying alert for possible alcohol-related problems.
• Reminding students to feel free to reach out to them to share information about their daily activities, and to ask for help if needed.
• Learning about their school’s alcohol prevention and emergency intervention efforts.
• Making sure students know the signs of alcohol overdose or an alcohol-related problem, and how to help.

NIAAA offers helpful resources at collegedrinkingprevention.gov, including links to alcohol policies at specific schools and an interactive feature that shows how alcohol affects various parts of our bodies.